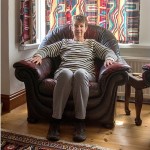 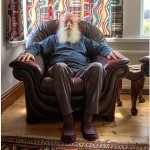 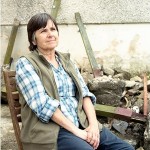 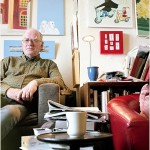 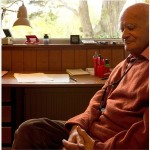 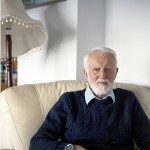 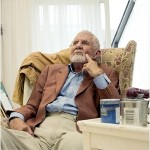 Meet the Cornwall Humanists
Deciding what is right or wrong based on reason and respect for others. This simple concept is at the heart of humanism, a faith, of sorts, centred around showing empathy and compassion for fellow human beings.

Humanists, who are atheist or agnostic, look to science to understand the world around them instead of religion or a greater God. They focus on finding happiness in the current life and do not believe in an afterlife or the supernatural.

The Cornwall Humanists, which is affiliated with the British Humanist Association (BHA), was established in the early 1990s and has about 35 members.

The small group conducts non-religious funerals, weddings and baby-naming services and meets monthly for talks and discussions. John Langford, who conducts many of the services, has been a member of the group since it was first formed. The 79-year-old said few people know about humanism but many have humanist values.

He says: “Like a lot of people when I found out about humanism I realised that I had been a humanist all my life but didn’t know it. It was a label that came later to me.
“A lot of people come across humanists with a big sigh of relief. They say they are glad to know that there are other people in Cornwall that think like them. People used to be terrified to let people know that they were non-believers but I think attitudes have changed now.”

John and his wife suffered the pain of losing a child when their baby son died in his cot in 1983. “When my son died we had a religious ceremony because that’s all you could do,” he says. “It was not what I wanted. “When we started the group in 1991 it was something I wanted to push for – having non-religious ceremonies.” The services are not legally recognised but the BHA is currently lobbying to have this changed.

Asked what humanism is, John says the ideology is centred around science and reason but the values associated with it are open to interpretation. “People often ask me what humanism is and you can get into a very long discussion about it,” he says. “It is a faith and it’s a lack of faith. I have faith that tomorrow is going to come, I have faith in my dentist but not the sort of faith that other people have. “Some people say it’s about not being spiritual but I find some pieces of music very spiritual. “It’s about interpretation of words.”

Photography student Chris Smith interviewed and photographed members of the Cornwall Humanists for a university project. The Falmouth University student produced this series of striking portraits to provide a snapshot of life as a humanist. The 20-year-old, an atheist himself, said he was intrigued by the concept of humanism. “We had to meet people outside the studio to create a project around them,” he says. “I had never heard of humanism before. At that time I was really interested in belief. One of my friends had just finished a graphics project about belief.”

Chris said the project was a fascinating experience and as well as learning more about other people’s faith, it made him reflect upon his own beliefs. He adds: “I am an atheist but after doing the project I think I believe more firmly in my atheism. I have quite a few humanist beliefs but I am not ready to be a humanist yet.”

To find out more about the Cornwall Humanists go to cornwallhumanists.org.uk