Religious Freedom and its Limits

Stephen told us that the National Secular Society defends everyone’s freedom of religion and belief.
Everyone should have freedom to believe whatever they wish. This is confirmed by the United Nations Charter of 1948, in Article 18, “Everyone has the right to freedom of thought, conscience and religion.”

However there are areas of human life where balances need to be struck between the undoubted rights of people to practise their religion, and possible harms that might result from certain religious beliefs.

Stephen gave the Jehovah Witnesses’ opposition to blood transfusions as an example, where the parents’ religious belief could result in the death of a child in their care.
It has been decided by the courts that the child’s right to life, takes precedence over the parental rights of religious belief.

In the world of work British Airways failed to prevent a Christian employee, Nadia Eweida, from wearing a visible cross at work, because their policy was found to be inconsistent regarding other religious symbols. By contrast the NHS were successful in preventing nurse Shirley Chaplin, from wearing a crucifix at work.

There are differing views on how animals should be slaughtered, before their meat is eaten.
The majority of meat certified as Halal is stunned before slaughter, but no prior stunning is permitted in the rules of Kosher slaughter.  It would be possible to label meat, to show if the animal had been stunned prior to slaughter, allowing the buyer to make a choice.

Another example Stephen gave was the religious practice of surgery on the genitals of children.  It seems widely accepted in the UK that operations on girls, known as FGM (female genital mutilation) is unacceptable, and it is illegal in the UK.  But circumcision of boys is not illegal in the UK, although there is no medical benefit, for boys or girls, while there is sometimes serious harm resulting from surgery.

In the case of Batley Grammar School, a teacher used a caricature image of the Prophet Mohammed as part of a lesson.  This caused offence to some people of the Muslim faith, who protested at the school.  The Trust which runs the school has said that it wishes to ensure that offence is not caused, but Stephen feels that an Islamic blasphemy code has been quietly imposed at this school.

The right of freedom of religion and belief is accepted, but Stephen suggested that there also needs to be freedom from religious belief.

Comment
Daily, compulsory, Christian worship in our schools does not seem to strike a fair balance between the freedom of religion, and the freedom from religion.

Gaining Balance in RE

Understanding Christianity and the study of religion and worldviews, is an academic study by former RE teacher Chris Selway which is recently published.

The paper argues that several changes are necessary if RE is to gain credibility with the public:

To see more visit the website of the National Secular Society. 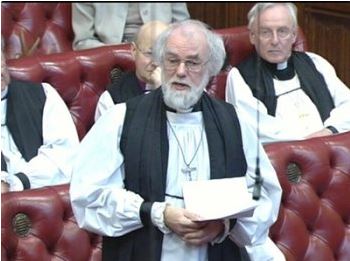 Bishops in the House of Lords

Only 16% of the population profess affiliation to the Church of England according to the 2013 British Social Attitudes survey, (and only 1.4% being in Church on any given Sunday according to the church’s own attendance figures.)

Did you know that if two members of the House of Lords wish to speak, the Bishop is given the right to speak first?

Cornwall Humanists work towards a fairer society at local and national level. 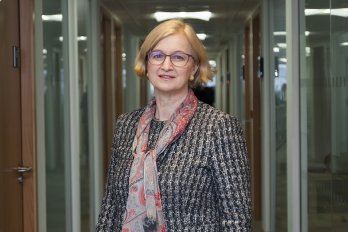 The National Secular Society has welcomed a call from the head of education watchdog Ofsted for head teachers to confront religious extremists who “indoctrinate impressionable minds”.

In a speech at the Church of England Foundation for Education Leadership, Amanda Spielman told heads they had a responsibility to “tackle those who actively undermine fundamental British values or equalities law”.

Ms Spielman said school leaders should promote “a muscular liberalism” which “holds no truck for ideologies that want to close minds or narrow opportunity”. She contrasted this with “a passive liberalism that says ‘anything goes’ for fear of causing offence”.

In 2015 the Archbishops’ Evangelism Task Group said that the Church had an “urgent need” to focus evangelism on children, young people and their parents in light of a catastrophic collapse in adult church attendance.

The earlier CofE ‘Church School of the Future‘ report set out a strategy of expanding the number of Church schools to “intensify the religious input into lesson”, calling for a new “concordat” between the Church and the Government to “reinforce and enhance” the Church’s influence throughout the education system.

The NSS has also raised questions about land ownership, expressing concern that “public land will be transferred from local authorities and placed under control of the local diocese for 125 years, and, given the permission of the secretary of state, the church could use it however it likes”.