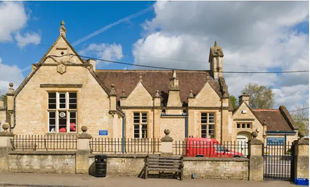 The High Court has given permission for parents Lee and Lizanne Harris, to challenge the Oxford Diocesan Schools Trust.
They say that their children are being religiously indoctrinated during Christian school assemblies, and that after being withdrawn from assemblies, their children have not been provided with an experience of  “equivalent educational worth”.

Humanists UK has urged the UK and Welsh Governments end compulsory worship and introduce a requirement that schools conduct inclusive assemblies, which promote the development of all pupils, regardless of their religious or non-religious beliefs.

Humanists UK Chief Executive Andrew Copson said:
“We are the only sovereign state in the world to require schools to hold daily Christian worship, yet 80% of our young people and 75% of people of parental age are not Christians.”

Lee and Lizanne Harris withdrew their children from assembly at Burford Primary School after their children expressed unhappiness at watching various Bible stories, including the crucifixion, being acted out as part of collective worship. They are also concerned that, during assemblies, stories of God and Christianity are presented to pupils as ‘fact’ and ‘truth’ and that visiting church officials express harmful views to children.

The case of Lee and Lizanne Harris v Oxford Diocesan Schools Trust will be heard on 29 November 2019 and is the first case on school worship to reach the High Court. They  hope to establish that schools must provide a meaningful alternative to collective worship of ‘equal educational worth’ that instead focuses on advancing the spiritual, moral, cultural, and social development of all pupils regardless of religion or belief.    Read more on the Humanists UK website. 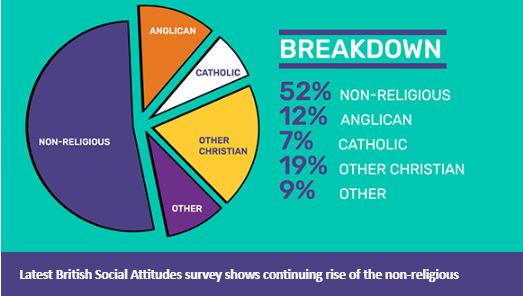 52% of people surveyed were non-religious.

Should the non-religious 52% be represented in law on education, instead of the compulsory, daily, Christian worship imposed on most schools?

Cornwall Humanists do believe in fairness.
Do you?