Couples married in a humanist ceremony are almost four times less likely to divorce compared with all other types of marriages, according to new official statistics on marriage and divorce data in Scotland released on 10th March. The data comes as a new poll, showing clear majority support and growing demand for legal recognition of humanist marriages in England and Wales. 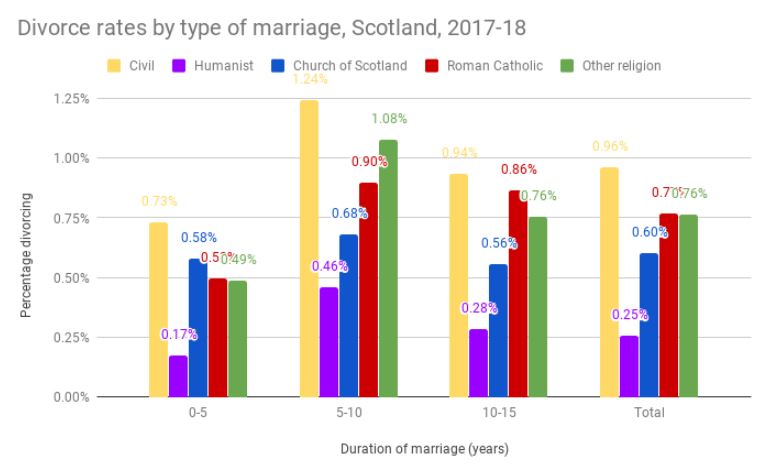 The new official statistics on Scottish divorces were obtained by Humanists UK through a freedom of information request. The data covers all divorces in 2017-18 split into civil, humanist, Church of Scotland, Catholic, and other type of religious marriages. By comparing these figures to existing statistics on number of marriages, it’s possible to calculate the divorce rate for each group.

This information adds weight to the call by Humanists to have their marriage ceremonies given the same legal recognition in Wales and in England, as they have in Scotland.

Read the full facts on the Humanists UK website